WASHINGTON, June 4, 2019 /PRNewswire/ — An independent research organization reported that donations from the 2014 ALS Ice Bucket Challenge enabled The ALS Association to increase its annual funding for research around the world by 187 percent. During this time, ALS researchers made scientific advances, care for people living with ALS expanded and investment in disease research from the federal government grew. 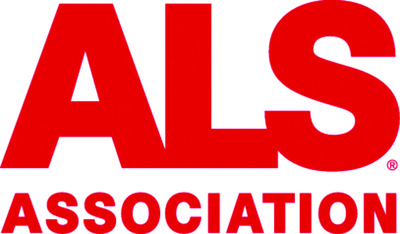 The report from RTI International documents and quantifies the outcomes of spending from the $115 million dollars in donations the Association raised through the Challenge. RTI International is an independent consulting firm that helps governments, businesses and nonprofit organizations around the world objectively analyze programs and measure impact.

“Five years after the Ice Bucket Challenge soaked the world, the pace of discovery has increased tremendously, bringing ALS researchers closer than they have ever been to real breakthroughs in diagnosing, treating, and eventually curing this disease,” said Calaneet Balas, president and CEO of The ALS Association.

The Association’s investment of Ice Bucket Challenge funds had a direct impact on the fight against ALS, including the discovery of five new genes connected to ALS. Researchers used their funding for new clinical trials to test potential treatments, and the Association’s clinical network saw a 50 percent expansion, RTI found.

The ALS Association committed nearly $90 million around the world in research funding between 2014 and 2018, including $81.2 million across 275 research grants in the United States and an additional $8.5 million internationally.

The Association also used Ice Bucket Challenge money to invest in more researchers, expanding the network of scientists working to develop treatments and a cure. From 2014 to 2018, The ALS Association awarded 322 grants to 237 different scientists for ALS research, RTI reported.

The increase in the number of awards and collaboration among researchers helped foster the spread of knowledge about the disease, as represented by an increase in ALS research papers published in peer-reviewed journals, RTI reported.

“Since the ALS Ice Bucket Challenge, researchers funded by the Association collectively increased their scientific output by 20 percent, measured by the annual count of published journal articles authored by at least one grantee,” said Sarah Parvanta of RTI. “This number is expected to increase once all published articles from 2018 have been catalogued in bibliographic databases. The number of peer-reviewed articles acknowledging the support of The ALS Association more than doubled since the Challenge.”

“The Ice Bucket Challenge has been transformative in the field of ALS genomics. We built one of the largest resources of ALS whole genome-sequencing data. This resource has been shared with partners all over the world. It has accelerated the pace of ALS gene discovery and has led to the largest ALS sequencing study in the United States” said Hemali Phatnani, director of the Center for Genomics of Neurodegenerative Disease at the New York Genome Center.

“We need lots of people working together, and we need these tools and these resources to be available quickly and broadly,” Phatnani added.

According to RTI, the Association and the researchers it funds have also effectively leveraged Ice Bucket Challenge donations to increase funding of ALS-related research from the NIH, the world’s largest funder of research. Since the Challenge, NIH has invested $415.9 million in researchers funded by the Association, including $208.6 million in follow-on funding.

“The expansion of our clinical network means more people with ALS receive better care than they received before the Ice Bucket Challenge, and our network continues to grow. In fact, our network of multidisciplinary clinics – the Certified Centers of Excellence and Recognized Treatment Centers — has nearly doubled in the last five years,” said Dr. Neil Thakur, executive vice president of mission strategy for The ALS Association.

RTI reached out directly to researchers who received support from The ALS Association to ask about the impact of Ice Bucket Challenge resources. They reported that 84 percent of respondents said support from the Association since the Challenge accelerated their work quite a bit or very much, while 72 percent of respondents said funding from the Association improved their ability to receive additional funding.

“Thank you to every single person who took the Challenge five years ago. All of you are stakeholders in the progress we have made and investors in the successes of the future, not just in ALS but in all diseases,” Balas said.

Amyotrophic lateral sclerosis (ALS) is a progressive neurodegenerative disease that afflicts approximately 16,000 people in the United States and a comparable number of patients in Europe. Approximately 5,000 new cases of ALS are diagnosed each year in the United States. The average life expectancy of an ALS patient is approximately three to five years after diagnosis and only approximately 10 percent of patients survive for more than 10 years. Death is usually due to respiratory failure because of diminished strength in the skeletal muscles responsible for breathing. Few treatment options exist for these patients, resulting in a high unmet need for new therapies to address functional deficits and disease progression.

About The ALS Association

RTI International is an independent, nonprofit research institute dedicated to improving the human condition. Clients rely on us to answer questions that demand an objective and multidisciplinary approach—one that integrates expertise across the social and laboratory sciences, engineering, and international development. We believe in the promise of science, and we are inspired every day to deliver on that promise for the good of people, communities, and businesses around the world.  For more information, visit www.rti.org.