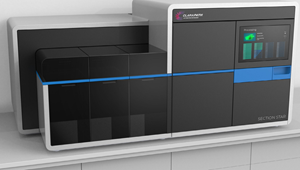 The Company’s first robotic instrument, called SectionStar™, is a fully automated system which revolutionizes the reliability and efficiency of the pathology lab. 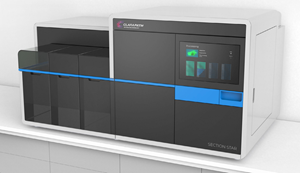 The Company’s first robotic instrument, called SectionStar™, is a fully automated system which revolutionizes the reliability and efficiency of the pathology lab.

HAWTHORNE, N.Y., Nov. 18, 2021 (GLOBE NEWSWIRE) — Clarapath, a robotics company aimed at catalyzing change in the way pathology laboratories process human and animal tissues, today announced a follow-on financing, extending its Series B round with an additional $16 million in funding, following the previous close of $16 million in Series B funding. The round included The 4100 Group, East Post Road Ventures (Investment Arm of White Plains Hospital), Epiphron Capital, Northwell Ventures, P5 Health Ventures, and participation from other strategic organizations. This brings the total raised by Clarapath to more than $39 million. Clarapath is automating processes around the way tissue is processed onto glass slides via “sectioning,” or cutting a cross-section of the tissue specimen.

Delays in the lab fueled by COVID-19, labor shortages, and antiquated methods

The Company’s first robotic instrument, called SectionStar™, is a fully automated system which revolutionizes the reliability and efficiency of the pathology lab. This standardization in the quality of tissue sections is foundational for molecular mapping of human disease and in the development of new treatment pathways.

Long overdue for a change, the current process is entirely manual, non-scalable, and is dependent on a shrinking workforce. The COVID-19 pandemic has exacerbated labor shortages, creating unacceptable delays in the delivery of timely biopsy results and driving up healthcare costs. “Being a manual process, AI-driven algorithms for interpretation of human tissues – particularly cancer – when examined on a cellular level are vulnerable to the variability in the quality of those tissue cross sections. Clarapath’s SectionStar consolidates many manual cutting, quality control, and decision making steps into one piece of equipment, resulting in better quality tissue sections, faster processing efficiencies, and lower overall costs, all while providing richer data sets on those tissue specimens,” said Eric Feinstein, CEO of Clarapath, who was recently named one of the 40 under 40 Rising Stars by The Business Council of Westchester.

SectionStar meets a critical unmet industry need for producing faster and more accurate diagnosis, beyond anything we can achieve using the current histology workflow. “This not only vastly expands the capacity of our histology labs, but vaults histology into the realm of reproducibility and quality required for AI-driven diagnosis of disease and the development of molecular morphology-based precision-medicine therapies,” said James Crawford, MD, PhD, SVP & chair of pathology and laboratory medicine at Northwell Health.

Pathology is following in the footsteps of previous industry changes, notably the shift to virtual imaging and teleradiology. “As a practicing radiologist, I witnessed the shift in technology from analogue to digital, and how this improved my ability as a clinician to provide more accurate diagnoses. In addition, operations were streamlined as imaging data quality became less variable. Clarapath is shifting the pathology paradigm in a similar direction; not only is workflow streamlined and specimen variability reduced, this ultimately opens up entirely new areas to drive better patient care with lower cost,” said Scott Lancaster, MD, MBA, The 4100 Group.

From lab benches to pharmacy shelves

Clarapath works closely with both research and clinical customers today, including Northwell Health and The Ellison Institute. Within the non-clinical setting, SectionStar will support the research and development of pharmaceuticals. “Conventional tissue processing based on 2D sections lacks 3D context. The undistorted, consecutive sections cut by the robotic device allows overlaying molecular and genomic markers. These data sets combined with advanced computational analyses can transform nonclinical research in diagnosing and developing therapies for cancer and other challenging diseases,” said Partha Mitra, PhD, Founder of Clarapath.

From the clinical markets of humans to the preclinical veterinary and companion animal medicine, this opportunity to add artificial intelligence (AI) to manual pathology practices will have a significant impact on both routine and complex cases, creating a new standard for biopsy quality. For more information about Clarapath and SectionStar, the first, fully automated, all-in-one tissue sectioning and transfer system, visit https://www.clarapath.com/.

Clarapath is a medical robotics company aimed at catalyzing change in the way pathology laboratories work. Clarapath is developing tools and workflow solutions to improve outcomes and reduce costs in clinical and non-clinical pathology. With the rising demand for sample reviews and the reliance on a dwindling labor pool, Clarapath’s SectionStar provides automated sectioning for non-clinical and clinical pathology laboratories. SectionStar is the first, fully automated, all-in-one tissue sectioning and transfer system that will dramatically increase capacity, reliability, and consistency while minimizing the need for highly skilled labor. Clarapath is headquartered and runs its medical device development in Hawthorne, NY. It also has a CLIA-certified Clinical Research Organization (CRO) that serves clinical and research organizations by processing tissue, performing whole slide imaging, and providing automated image processing based in New York City at the New York Genome Center. For more information, visit https://www.clarapath.com/.