NEW YORK–(BUSINESS WIRE)–#classaction–Bragar Eagel & Squire, P.C. announces that a class action lawsuit has been filed in the United States District Court for the Eastern District of New York on behalf of all investors that purchased Covetrus, Inc. (NASDAQ: CVET) securities between February 8, 2019 and August 12, 2019 (the “Class Period”). Investors have until November 29, 2019 to apply to the Court to be appointed as lead plaintiff in the lawsuit. 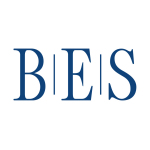 Covetrus was formed through a spin-off and merger of the Animal Health Business of Henry Schein with Vets First Choice (VFC), a privately-held company, to create what the company described to investors as the only global animal health technology and services company.

The complaint, filed on September 30, 2019, alleges that in the offering documents for the spin-merger and throughout the Class Period, defendants made a series of false and misleading statements and omissions concerning the newly combined company’s infrastructure and capabilities, as well as the true costs of becoming independent from Henry Schein. After the merger, defendants assured investors that the integration of the legacy Henry Schein Animal Health Business and VFC was on track to hit financial targets. On August 13, 2019, Covetrus shocked investors by reporting a net loss of $0.09 per share for the second quarter of 2019 compared to consensus analyst estimates of $0.17 in net income per share. Covetrus also slashed its 2019 EBITDA guidance to just $200 million, down substantially from its prior EBITDA guidance of approximately $250 million issued in February and May 2019. In doing so, Covetrus admitted that the Company would have to spend tens of millions of dollars more in infrastructure spending and redundant costs.

The company also admitted previously undisclosed difficulties integrating the platforms and disclosed increased spending to eliminate obligations to Henry Schein as part of the spin-off agreement. In response to these and other disclosures, the company’s stock price decreased by 40%, or $9.30 per share, to close at $13.89 per share on August 13, 2019.

The complaint further alleges that during the Class Period, defendants issued a series of false and/or misleading statements and failed to disclose material adverse facts about Covetrus business, operations, and prospects. Specifically, defendants representations to investors: (i) overstated Covetrus’ capabilities with regard to inventory management and supply chain services; (ii) understated the costs of the integration of Henry Scheins Animal Health Business and VFC, including the timing and nature of those costs; (iii) understated Covetrus’ separation costs from Henry Schein; and (iv) understated the impact on earnings from online competition and alternative distribution channels as well as the impact of the loss of a large customer in North America just prior to the Company’s separation from Henry Schein.

If you purchased Covetrus securities during the Class Period, continue to hold shares purchased before the Class Period, have information, would like to learn more about these claims, or have any questions concerning this announcement or your rights or interests with respect to these matters, please contact Brandon Walker or Melissa Fortunato by email at [email protected], or telephone at (212) 355-4648, or by filling out this contact form. There is no cost or obligation to you.