Recent graduate of the Berkeley SkyDeck accelerator, Humm is working with leading neuroscientists to bring its first patch to market; making neurostimulation technology 100-times cheaper and allowing users to experience the benefits in three minutes

SAN FRANCISCO, CA / ACCESSWIRE / December 18, 2019 / Humm, a neuroscience company focused on helping people continue to learn and grow throughout their lives, today announces it has raised an additional $2.6 million seed round, bringing its total disclosed funding to $3.1 million. The funding round was led by Blueyard Capital with additional funding from CRCM Venture Capital and follow-on funding from the Berkeley SkyDeck Fund. Joining the company’s board are Jason Whitmire, General Partner of Blueyard and Ariel Poler. Poler is a prominent Silicon Valley entrepreneur, investor and long-standing executive of the successful consumer health company Strava and UCSF’s Health Hub.

Funds will be used to launch Humm’s first product, a wearable patch and software app that makes learning faster and easier by strengthening the neural circuits which regulate memory in the brain. The Humm patch is the first technology that has been shown to measurably improve working memory within just minutes of use, and for hours after. A person’s working memory determines how many numbers, names and other facts they can hold in mind at any time, and improving it allows a user to do things like learn skills and information faster, focus better and multitask more effectively.

Ciarán O’Leary, General Partner at Blueyard Capital stated, “As software and biology continue to be on a collision course, new technology paradigms will emerge that will unleash creativity and empower scientists, clinicians and engineers to read, edit and write biology – including key human functions. Humm’s technology improves the performance of the human mind and has the potential to expand healthspan for millions of people. So we are excited to be working with a team that is reinventing the form factor and experience of brain stimulation.”

“This is a very important time for Humm,” said Iain McIntyre, Humm CEO and Co-founder. “Using the patch is as easy as sticking on a BAND-AID®–nothing bulky or awkward. In a 15-minute session, our clinical trial shows a 20 percent improvement in working memory capacity [against placebo] within the first three minutes of wearing a patch, that then lasts for more than an hour afterwards. In our testing with hundreds of early access users this year we’ve seen people doing exciting things with that boost, like accelerating the speed they can learn a language or remembering more of what they read.”

Working with top neuroscientists in the field of neurostimulation at UC Berkeley and UCSF, Humm is continuing to refine the easy-to-use and inexpensive (less than $10) patch. The product is worn on the forehead, just above the prefrontal cortex–a critical area of the brain for decision making and learning. It uses non-invasive electrical stimulation, which has been studied for the past 30 years and Humm’s particular method of choice, known as tACS, takes advantage of some of the latest exciting research in the area. 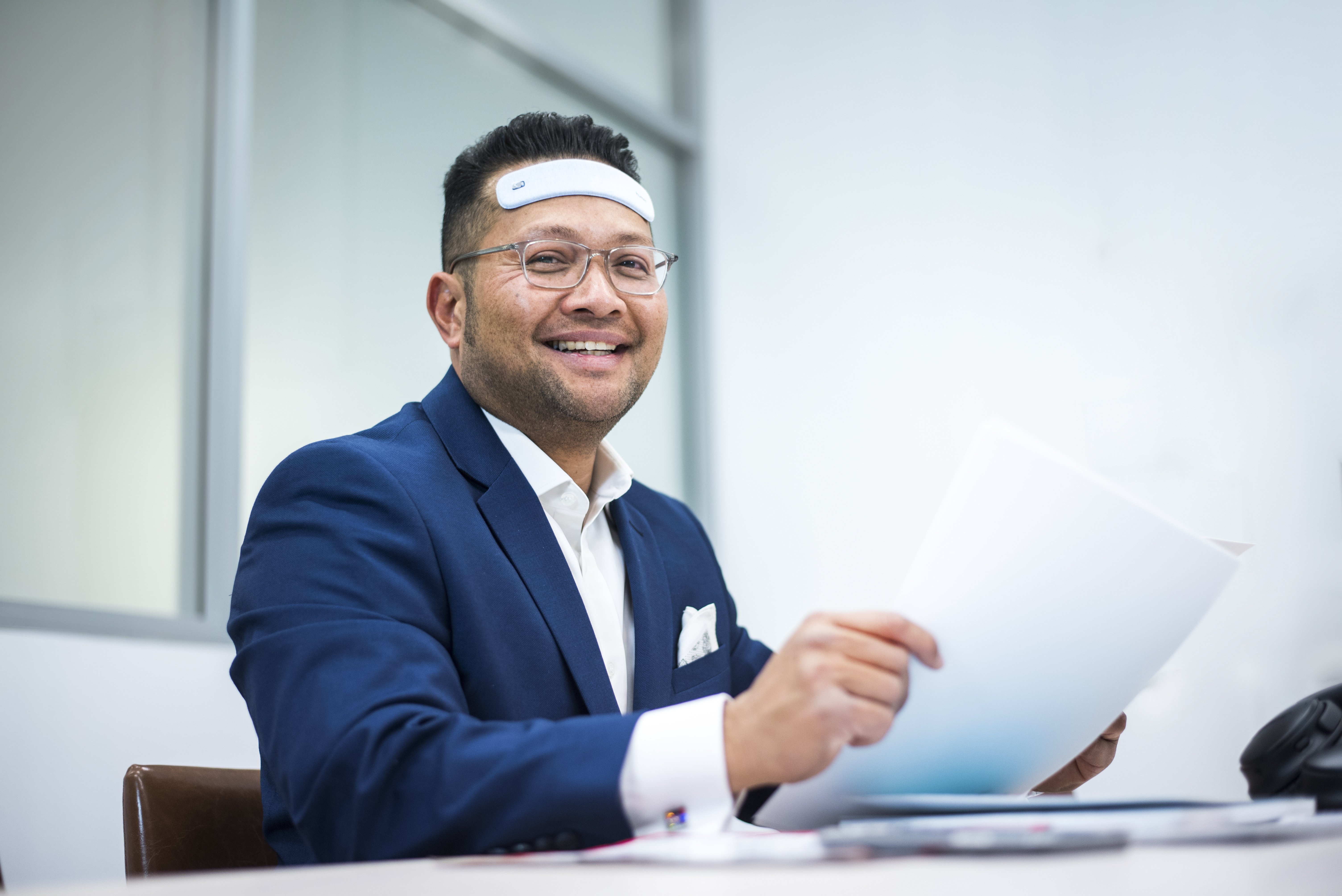 The company’s early access store is now closed after receiving thousands of pre-orders from customers and a substantial order from the U.S. Airforce, but those wanting to be among the first to try may join a waitlist at www.thinkhumm.com. Humm plans to make the patch available to consumers in Q3 2020. The product will be demonstrated at the upcoming CES conference in Las Vegas January 2020. (Demo at the SkyDeck exhibit at the RAVV booth in Eureka Park– #51263).

Added Mcintyre “Our vision is to use this novel technology to replace medication and supplementation for the brain with a healthier, better alternative that nurtures and improves our mental capabilities.” Humm is now hiring engineers (hardware and software) and other positions – seeking people who are excited to help realize this vision – see thinkhumm.com/jobs.

About the Venture Capital Firms

BlueYard Capital is a venture investment firm based in Berlin that backs founders with transformative ideas that empower humanity. The firm invests in early stage companies creating novel technologies that have the potential to solve the planet’s biggest problems and transform society for the better, including quantum computing, nuclear fusion reactors, lab-grown meat and blockchain systems.

CRCM Ventures, based in San Francisco, is an early investor in several prominent consumer tech companies such as Musical.ly (Tiktok) and Youku (the Youtube of China).

For more information about the company, or to download their white paper visit www.thinkhumm.com.

LAPIX Therapeutics Inc. Announces a Successful Conclusion of its Pre-IND Meeting Request with the U.S. FDA